A recent short break took us to the West Country of the UK and glorious Cornwall. We stayed with a friend (fellow rider) who lives in North Cornwall close to the Devon boarder. As this trip was taken over three days, I will be writing this in three parts, so please keep an eye out for the remaining trip and the sites we saw while in Cornwall. 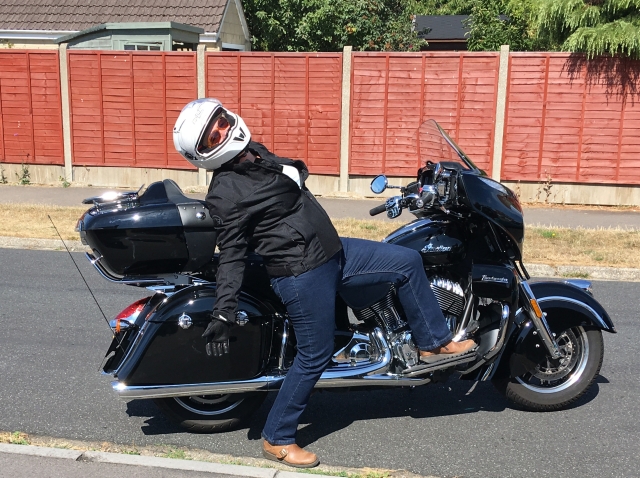 So here we are ready to go, our route took us along the south coast from Hampshire for a first stop just out side Ringwood for a coffee. We had only been on the bike 45 minutes, but needs must and all that.  I heard a little voice in the intercom and she who speaks must be obeyed.  Following decent coffee break, we proceeded towards West Bay in Dorset for a spot of lunch.  I had heard that the Station Kitchen near the main carpark was good for cream teas, so that was the first on the list for the trip.

On arrival at West Bay we parked up directly opposite the restaurant. As you can imagine by the name “Station Kitchen” it was the old West Bay railway station with a carriage as well.  Both the station and the carriage were dining areas and very well laid out. The weather was hot, and we needed some shade, so we opted to eat in the carriage. Although nice, it was a little warm even with the doors open, unfortunately there was no breeze, but the surroundings were fantastic and quirky.  Although we were looking for a cream tea initially, we looked at the menu and decided to have something from the main menu. While the food was prepared we were offered fresh bread and an olive oil and balsamic dip. The bread was fresh and two different types and delicious. 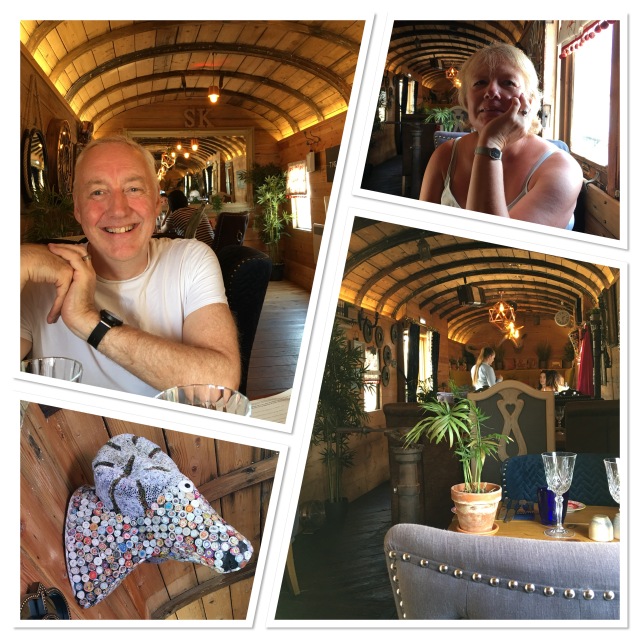 The food took about 20 minutes, but we were in no hurry, just thankful for a little shade. We both had a freshly made flatbread one with local crab and the other with goats’ cheese and both drizzled with olive oil. once again delicious. I have since found out that the restaurant is one of the best in West Bay, I am amazed we manged to get a seat. The staff and service were friendly and attentive, and I would highly recommend them. We will be going back to try something else when we go out for a Sunday ride.

From West Bay we proceeded west along the coast road through Lyme Regis towards Exeter. We briefly hit the M5 and then turned on to the A30 towards Okehampton and Launceston. We needed a break, so we stopped at a service station just off the A30 called the Hog and Hedge at Whiddon Down. For a service station it was surprising comfortable and clean, and the food served was good. Having stopped for 30 minutes we made a way to our destination, arriving at around 5.30.

We had left at around 10.30 and mainly followed the coast road, making it a pleasant and scenic journey.